The 'Bringing Languages to Life' competition, organised by Head of Modern Foreign Languages, Mrs Vedanayagam, and Headteacher, Mr Gillett, called on students to explore their artistic skill and imagination to bring languages to life in a large design.

Competitions are a great way to encourage students to enjoy and discover the culture of French and Spanish speaking countries and to further develop their knowledge. For this particular project, the challenge was open to all students to come up with a poster or design blending the cultures, people, customs, languages and traditions of Hispanic and Francophone countries across the globe.

The result was a myriad of art, ideas and creativity from across the year groups. From the many entries, both digital and on paper, the top ten were voted by staff for a shortlist and our Headteacher was delighted to choose and award the winners.

Ultimately the winning poster from Ramgopal (Year 8), was one that captured the essence of both cultures in a dramatic fashion. In second place was a hand-finished painting from Boomika (Year 12) with close resemblances to the works of French artist Claude Monet, whilst the works from joint runners up Tringa (Year 7) and Ellie-Mai (Year 8) involved much more of a written portrayal of cultural and linguistic aspects.

Each of the four winning students earned a medal, certificate, and House Points for their success, presented to them by Mr Gillett. A grand prize of £100 in Amazon gift vouchers was also given to Ramgopal for his well-deserved first place win.

The buzz, curiosity and enthusiasm that the contest created is still palpable in MFL lessons. We look forward to seeing the work soon on display in large printed form along the languages corridor, for the winners to see with pride, and to share a passion and love for languages with all of our school community. 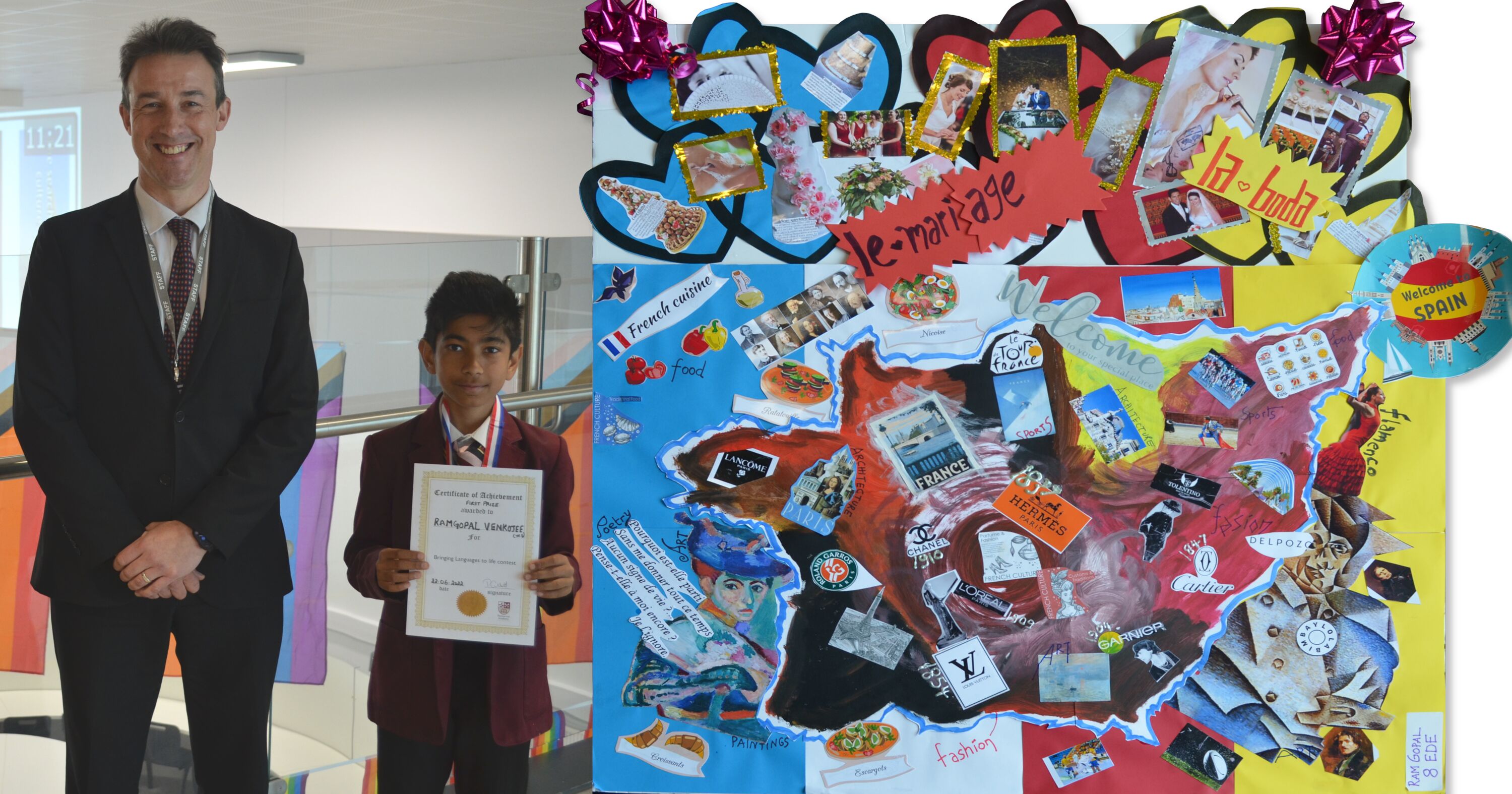 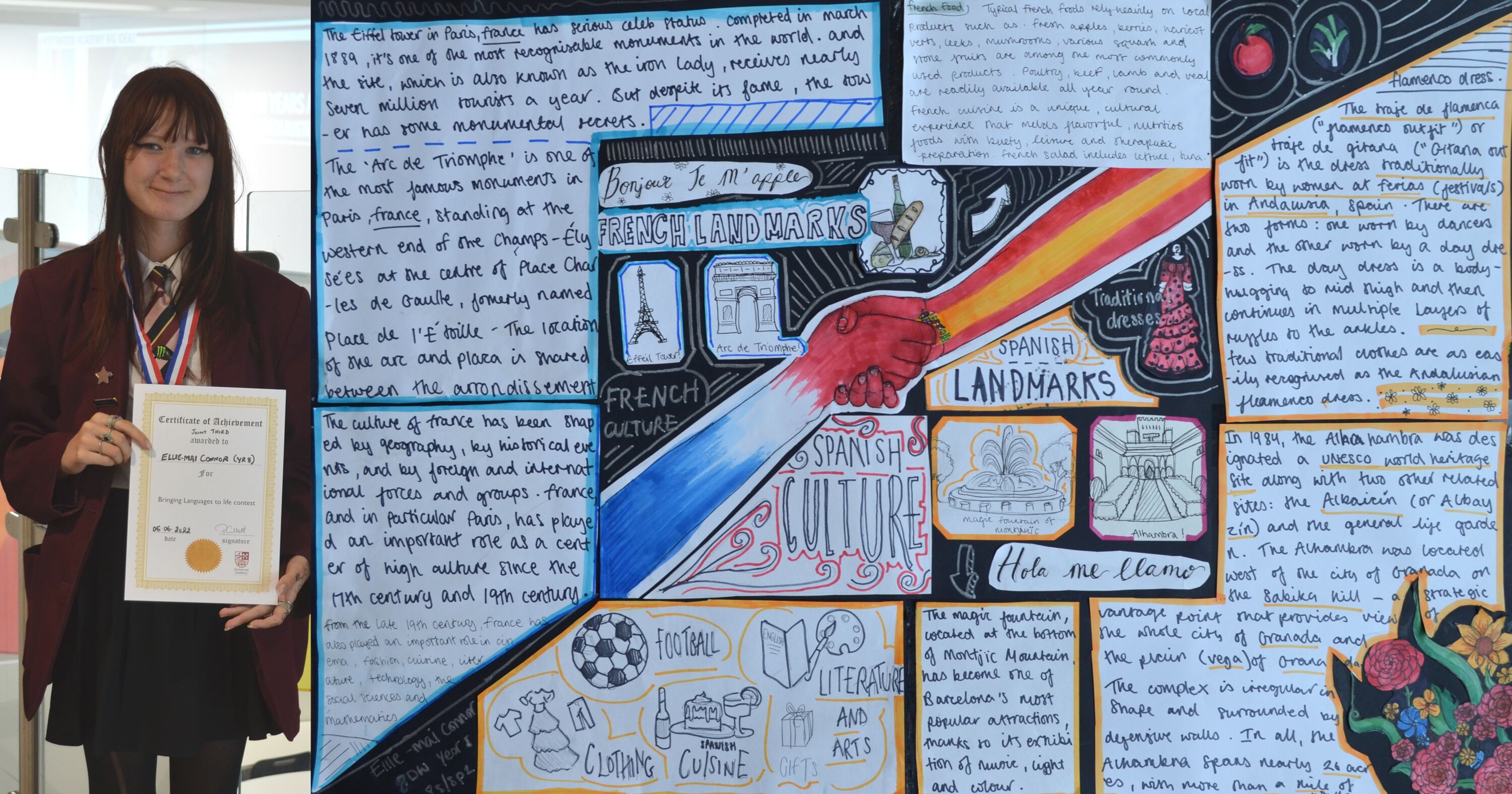 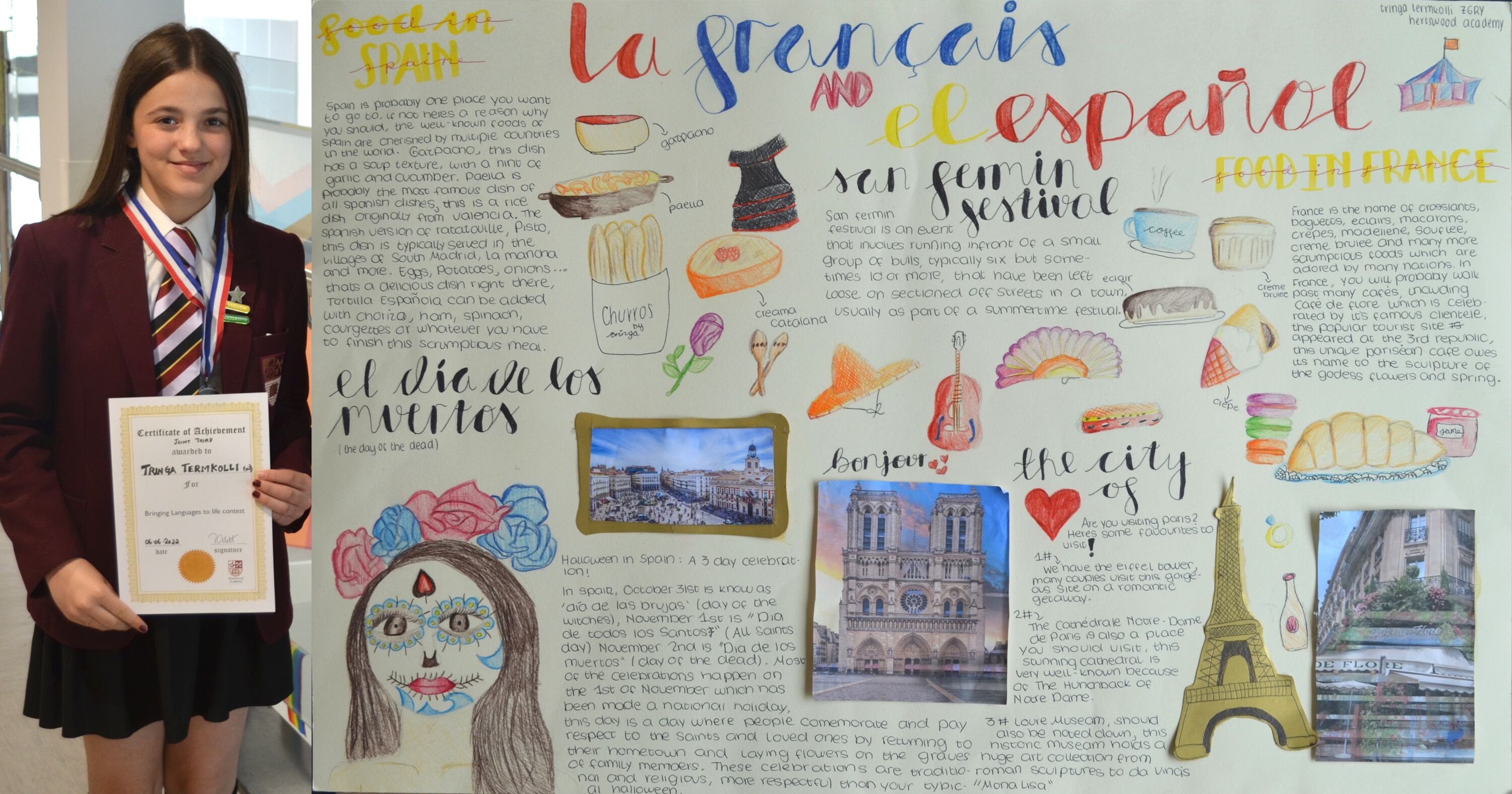